Expanding STEM Career Paths for Women and Girls of Color

In my more than 20 years in the computing industry, I’ve witnessed firsthand what it’s like to be underrepresented in tech. At MIT, my electrical engineering and computer science classes were generally less than 25% female. In my first job after graduating, I was the only woman on a 15-person team. And I’ve often been the sole woman in the room working among tens of male colleagues and clients.

At some of the lowest points in my career, I felt like I had to put on armor each morning to make it through long days filled with micro- and sometimes not-so-micro aggressions. It is exhausting! Over the years, I learned to compartmentalize my anxiety about being the “only” and focus instead on how I could distinctively add value in any situation.

Thankfully, since I’ve joined F5, I’ve been in more rooms where there’s been a better gender balance or a more palpable spirit of inclusion, and I can tell you the impact for me has been powerful. Absent the threat response of being the "only," I am able to bring to bear much greater creativity, clarity of thought, and openness.

Keep in mind that only accounts for one dimension of diversity: gender. The data shows that the experience for women of color in tech is especially different and dire. The last major research update from Reboot Representation found that women of color make up just 4% of the computing workforce and hold almost no senior leadership roles. Worse, over the prior decade, the share of Black, Latina, and Native American women obtaining computing degrees has dropped by one-third.

As we mark National STEM Day, I want to bring renewed attention and focus to this inertia in tech. We need to muster the collective resources—not to mention, the resolve—to significantly boost the representation of BIPOC women.

This is not an impossible task.

In fact, here are 10 organizations that are expanding and diversifying the pipeline of talent in tech every day: our 2022 STEM Education Grant partners. The nonprofits highlighted below offer STEM programming that serve a majority women and girls of color in countries across the globe. And each one is breaking down the barriers that prevent women from entering STEM careers.

So, when you’re confronted with the inevitable, “there just aren’t enough diverse candidates in the pipeline,” remember that these and many other nonprofits are working hard to reverse this trend.

Congratulations to this year’s F5 STEM Education Grant partners. And thank you for your inspiring work building STEM career paths for underrepresented women and girls of color. 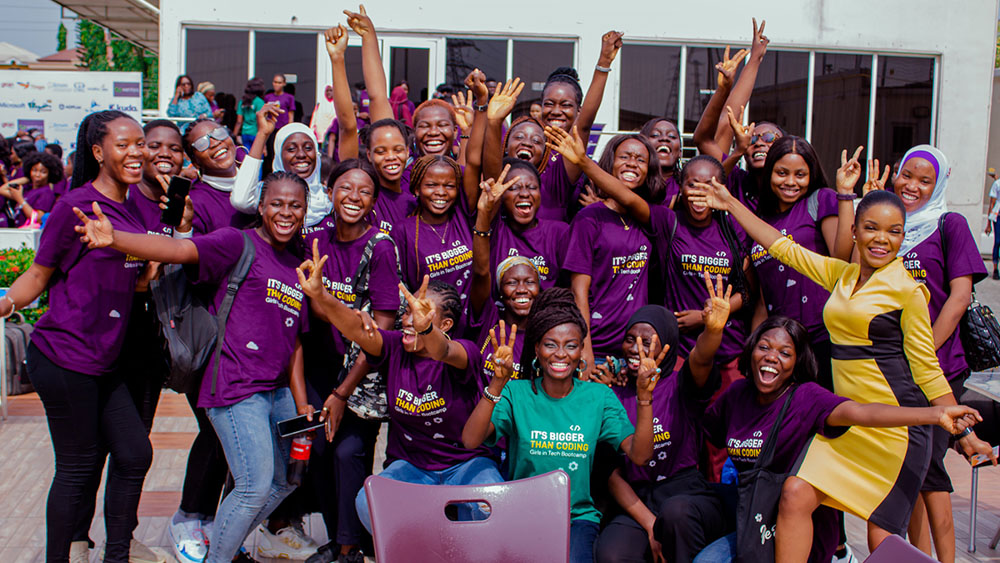 Mission: Transform lives, one African girl at a time, through tech education. Power the African talent economy with the vision of empowering and getting 500,000 African female youths into the tech ecosystem by 2030.

What the grant will fund: Scale the nonprofit’s existing programs to reach 500,000 girls by 2030 Empower 650 African females with tech skills in artificial intelligence, data science, machine learning, and other programs, while taking 60% out of poverty by placing them in paid internships and employment.

Mission: Redefine education in Guatemala through a holistic model that combines academics, culture, emotional intelligence, and personal development to create a generation of empowered female leaders who will lead transformational change.

What the grant will fund: Expand the success of the MAIA Girl Pioneers program by ensuring that each indigenous girl who graduates from this program achieves at least 15 years of schooling, is employed with a good salary and achieves her leadership potential. 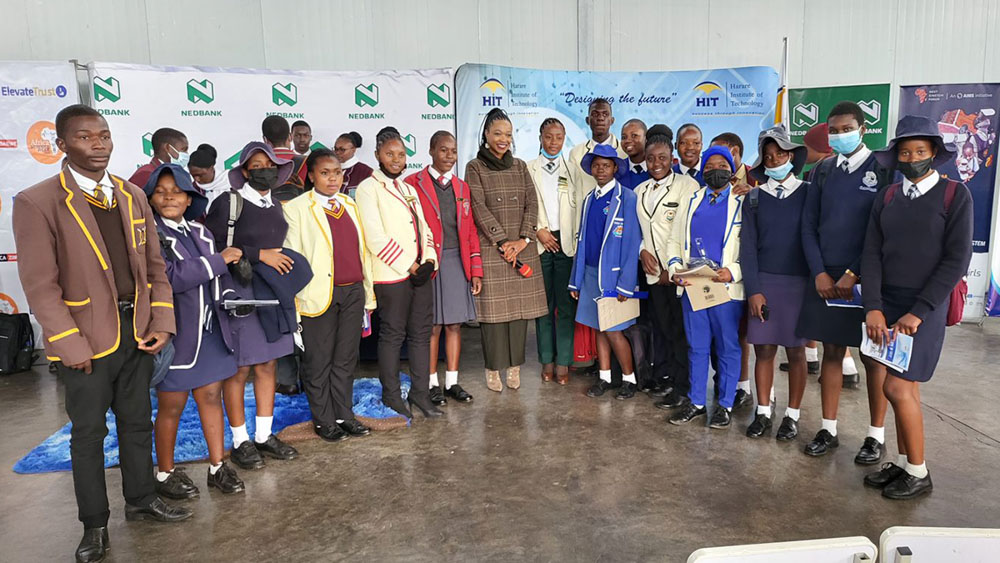 Mission: Promote youth leadership, entrepreneurial development, and capacity building by advancing the application of science and technology into education and innovations that solve community problems, while creating employment for youth with a bias toward girls.

What the grant will fund: Scale up the nonprofit’s existing STEM programs to reach 1,000 more girls in six additional provinces in Zimbabwe. Expand the nonprofit’s outreach by hosting a Girls in STEM Boot Camp (career and leadership fair) in all 10 provinces of Zimbabwe. 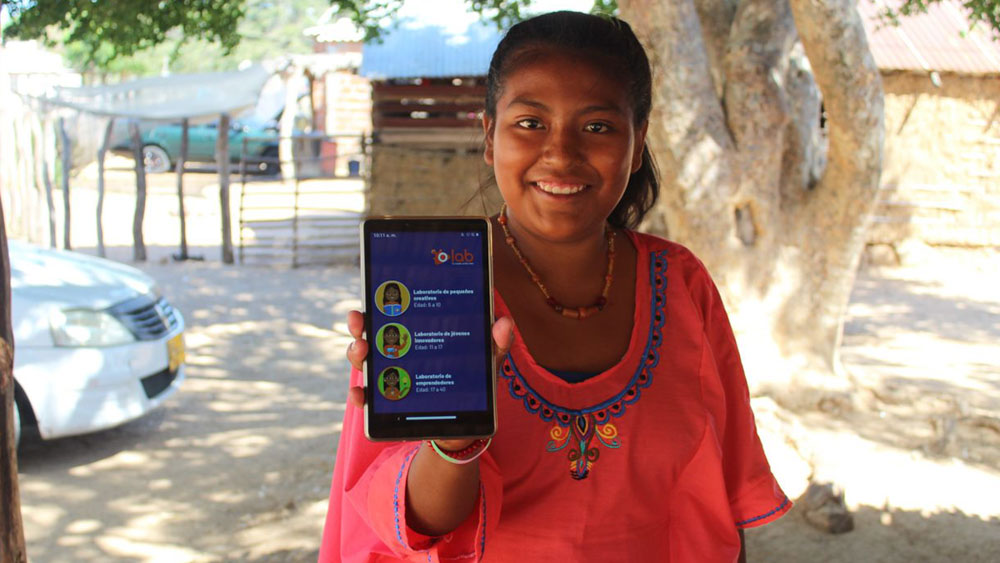 Mission: Facilitate access to quality digital education and training opportunities for underrepresented and at-risk communities in the global South, with a special regard for Afro-descendant, refugee, and indigenous women and youth.

What the grant will fund: Provide at-risk indigenous and refugee girls and young women from under-resourced rural areas with access to complementary digital education that includes 21st century skills and basic English, STEAM courses, diversity, inclusivity, and gender educational courses, and vocational/social entrepreneurship paths through the nonprofit’s O-lab platform. The nonprofit’s tailored mentorship will equip the girls with tools and resources to lead sustainable projects that tackle community issues through the guidance of its customizable platform and field trainers. 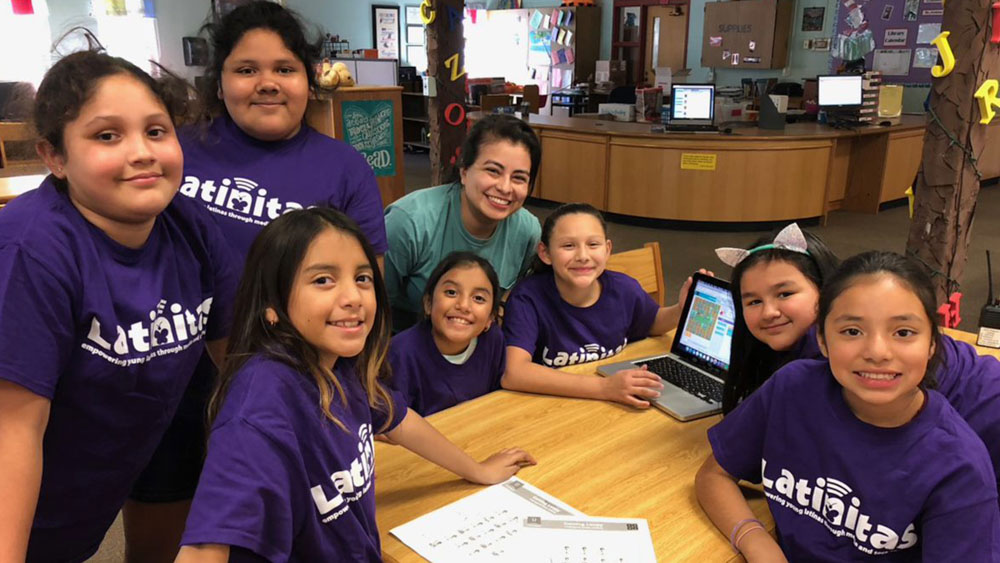 Mission: Empower girls and young women of color to pursue careers in STEM by delivering fully bilingual programming that combats harmful stereotypes in media and technology—stereotypes based not only in gender, but also in culture.

What the grant will fund: Hire two part-time program leaders with the goal of increasing the campus locations and sessions of Club Latinitas after school programs for girls ages 9-14 by 25%, reaching more girls of color in underserved elementary and middle schools across Central Texas. 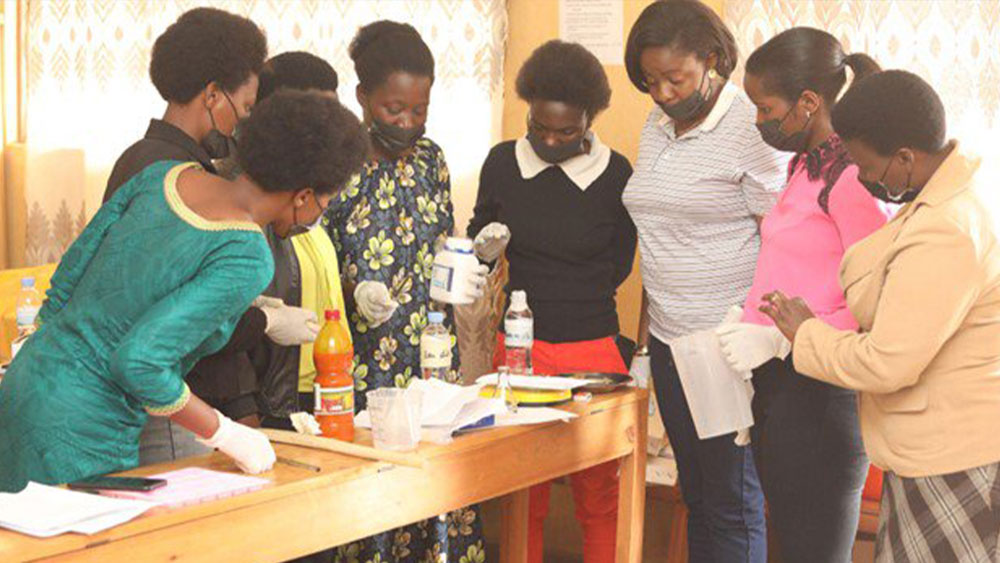 Rwandan Association for Women in Science and Engineering (RAWISE)

Mission: Increase the number of girls participating and pursuing STEM careers, build and educate capable and skilled women in different areas of STEM, and cultivate an entrepreneurship and research spirit in women.

What the grant will fund: Increase the number of girls and women that the nonprofit inspires annually, from 5,000 to 8,000, and equip them with the necessary skills and confidence to succeed and build their STEM identities. Extend its outreach programs to early education, while increasing the number of parents and female teachers by 10% annually. 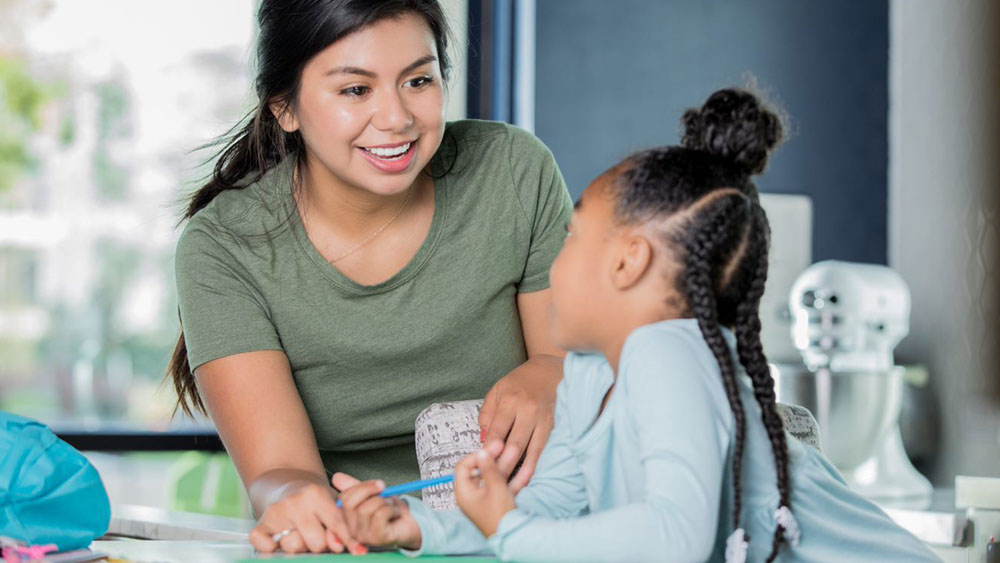 What the grant will fund: Expand the nonprofit’s existing programs to ensure STEM educators are equipped with the equity training and curricula that empower them to act as catalysts for girls in their pursuit of a STEM career. 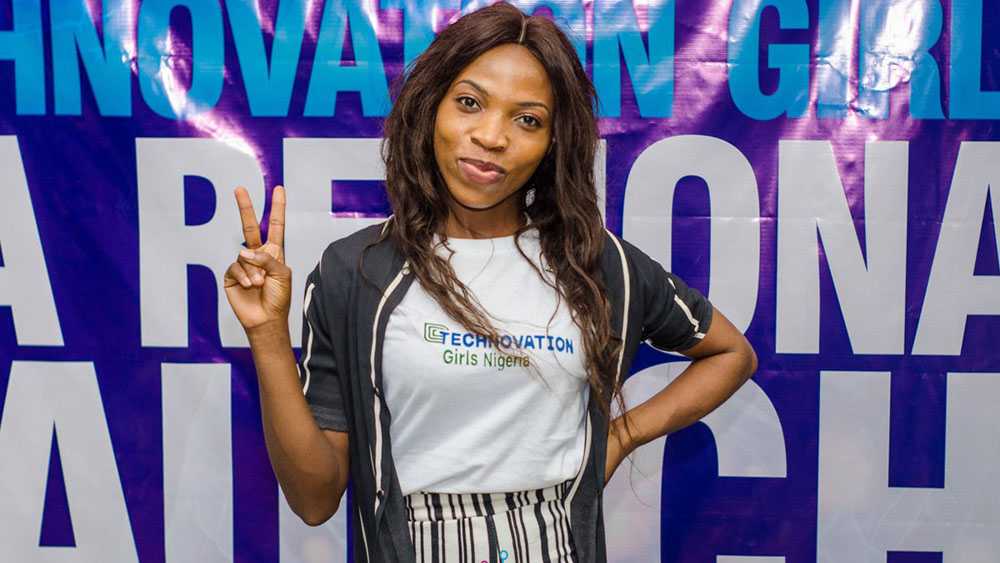 What the grant will fund: Help girls around the globe increase their interest in technology and entrepreneurship, develop technical skills in coding and AI, and expand the belief in their ability to be leaders and problem solvers. Girls will also build their skills in areas relevant to future professional growth such as problem-solving and analytical thinking, public speaking and persuasion, persistence, resilience, teamwork, and leadership. 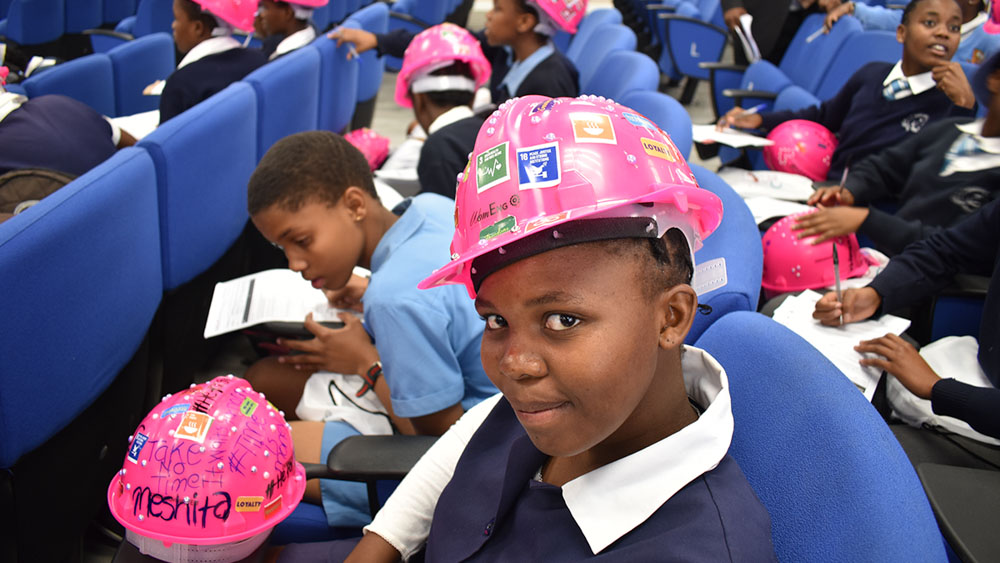 Mission: Develop a more diverse engineering workforce through education and technology all along the engineering value chain from recruitment to ownership.

What the grant will fund: Support young girls’ access to the world of engineering through the nonprofit’s GirlEng Technovation Camp, which exposes girls from impoverished backgrounds to STEM careers. The girls who participate in this program attend coding and robotics workshops, learn about sustainable engineering, and become problem solvers in their community. 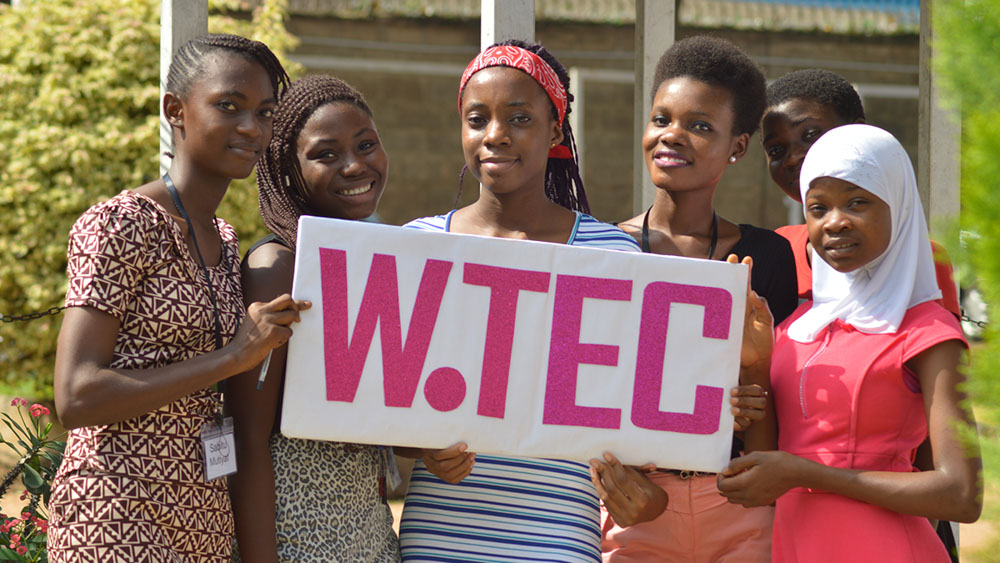 Mission: Educate, connect, and empower Nigerian women through active engagement with information and communication technology via training, mentoring, and research.

What the grant will fund: Develop the STEM capacities of girls by bringing the nonprofit’s W.TEC Academy to 10 more schools in the Lagos and Ondo states of Nigeria. The W.TEC Academy is an after-school technology club that inspires girls to pursue engineering, technology, and computer science career paths.